While loop in Java is a structure which executes a statement of code multiple times until the boolean expression is false. 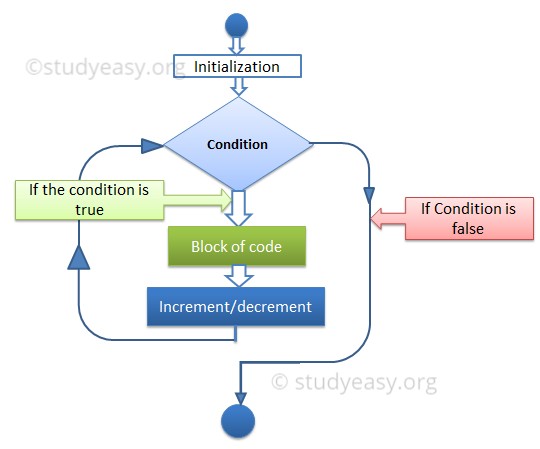 In the following example, the boolean expression, that is evaluated before each loop iteration is never modified, so the expression (true) will always evaluate true. The result is, the loop will never end. It is known as an infinite loop.

In Java programming, the break is used in terminating the loop immediately after it is encountered.

Difference between for loop and while loop