This tutorial deals with the concept of polymorphism. Polymorphism in simple words means to have multiple forms of a single entity.

In the previous example when a note8 object call features methods by different scopes (class scope, one of Phone and one of SamsungNote8) we obtain different outputs. 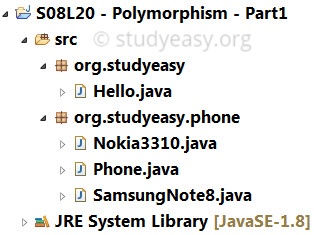 Here another such example of the same function depicting a different output when referenced by the object of the different class is shown.

Here the same example as above is taken in an altogether different function outside the main function which has a return type of Phone class. 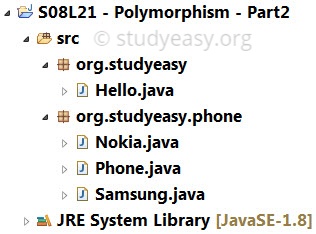